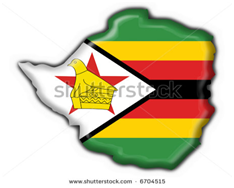 By Theresa Takafuma
The Masvingo Scouts has recently hosted its provincial camp meeting in Chivi, where close to 300 pupils from various schools participated.

The camping which started on Friday last week, was officially opened by the Provincial Education Director (PED) Zedius Chitiga on Saturday.
Masvingo Provincial Scouts Commissioner Silvester Chin’anga said the gathering gave the scouts an opportunity to interact with the rural Chivi community as they had a scout hike to an important learning place where they visited the community, caves and rock paintings in Madya area.

“The scouts had an opportunity to interact with Chief Chivi who told them the History of the Murambwi clan, and they  also visited an important learning place with rock paintings in Chivi, which equiped them with the knowledge of history of that place,” Chin’anga said.

“We  also allowed the scouts a hike of about two kilometres so that they acquaint with the environment and nature as well as perform some community  service,” said the Provincial Scouts commissioner.

Chin’anga said the scouts also conducted a clean-up campaign at Chivi Growth Point, in which the Environmental Management Agency (EMA) and the local authorities will be involved in the collecting of the waste.

“Since our main thrust is to teach the children to be responsible in society, they  conducted a clean-up campaign at Chivi Growth Point, after which they visited patients at Chivi District Hospital,” he said.
Meeanwhile, a Mucheke High School pupil will attend the World Scout Movement Jamboree in Japan this year.local
Share
Facebook
Twitter
Pinterest
WhatsApp
Previous articleMan burns his dog over ten eggs
Next articleMajiri wins Nyaningwe RCZ soccer tourney